We've collected many testimonials over the years
but mostly our clients just smile!

Here are some words from people who managed to stop smiling long enough to put pen to paper. All photos are genuine shots of our actual work. 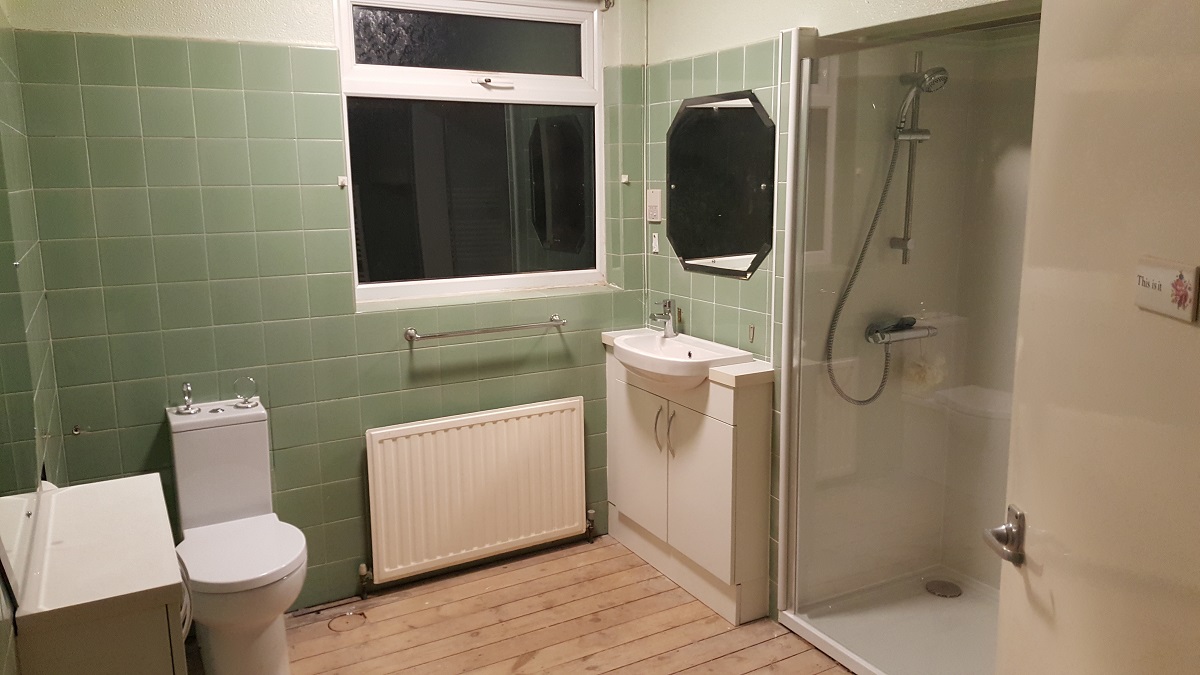 Having decided to remove our existing bath and replace it with a shower we contacted Steve. From the offset he was helpful and encouraging. As the work progressed various problems arose but Steve solved each one in a calm and efficient manner, never resting until things were perfect. He was extremely patient with us when we were indecisive about fitments etc. even though we must have tried his patience at times. We now have a lovely bathroom thanks to Steve. 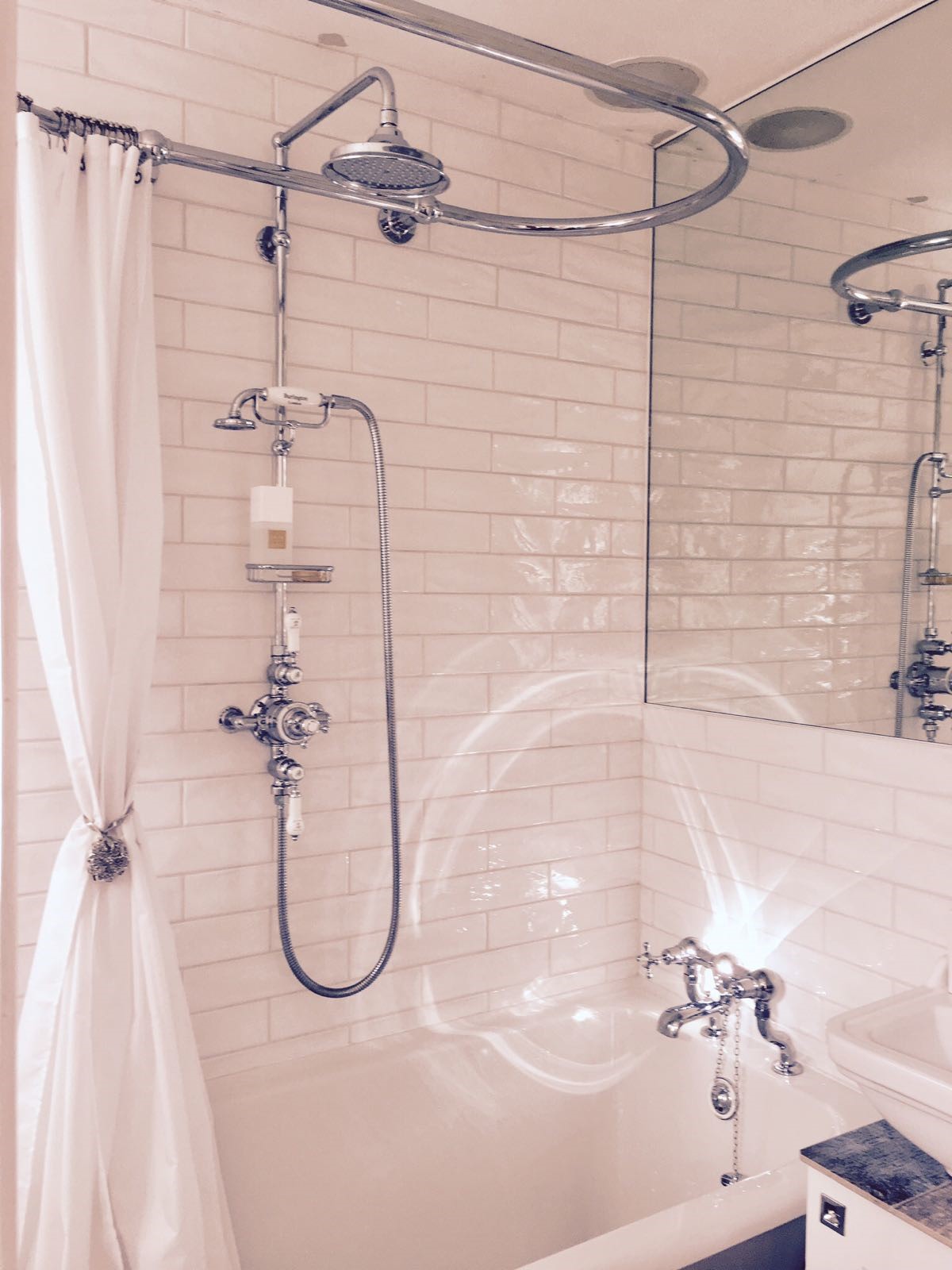 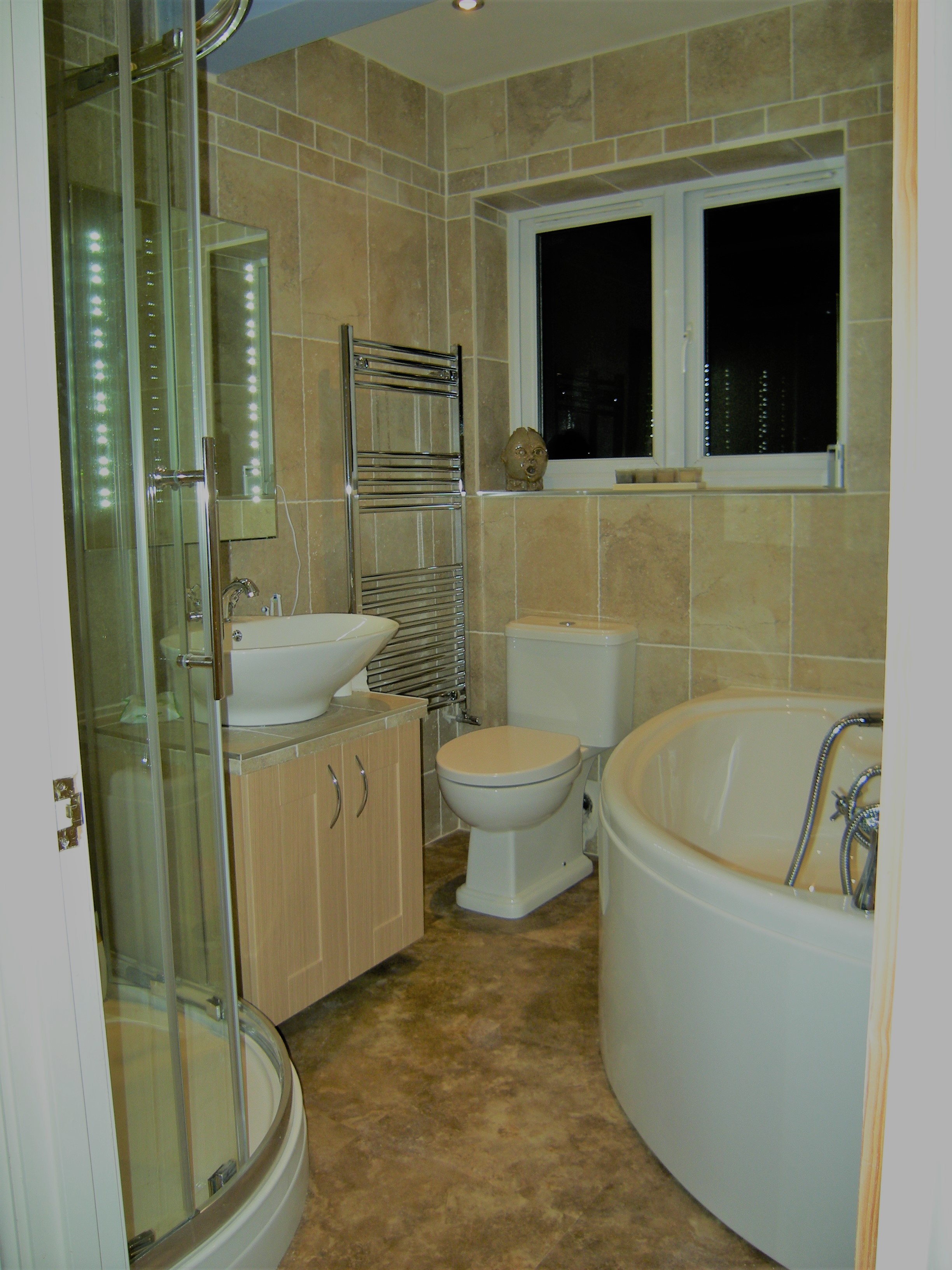 We are delighted with our new bathroom. After searching for someone who would undertake the full process from the initial design ideas to completion, and being disappointed by generic options offered by some of the larger companies, we found 1st For Bathrooms and Kitchens who seemed to provide everything we were looking for. Steve responded quickly to our first email and from our first meeting, we knew we had chosen the right person. He was able to able to use his expertise to plan, project-manage and build a bespoke bathroom that we barely could have thought possible in such a small space. Steve is diligent, highly organised and skilled. All through the project, we felt at ease with him working in the house and confident in his ability to do a sensational job – which he did. We would recommend Steve’s excellent services without hesitation... saving up now for the en-suite bathroom!

I am delighted with our new shower room. It designed and installed to help with assisted bathing due to a health issue. After recieveing two very expensive quotes from major companies I found 1stbathrooms on line where I read some glowing reports from other happy customers. I asked Steve to quote and was offered a detailed quote that confirmed exactly what was being done and a fair price that I was happy accept.

From our first meeting I felt at ease and very comfortable with Steve Flewitt being in our house. I was delighted to have him work on our house. I want to say many thanks for a job well done. 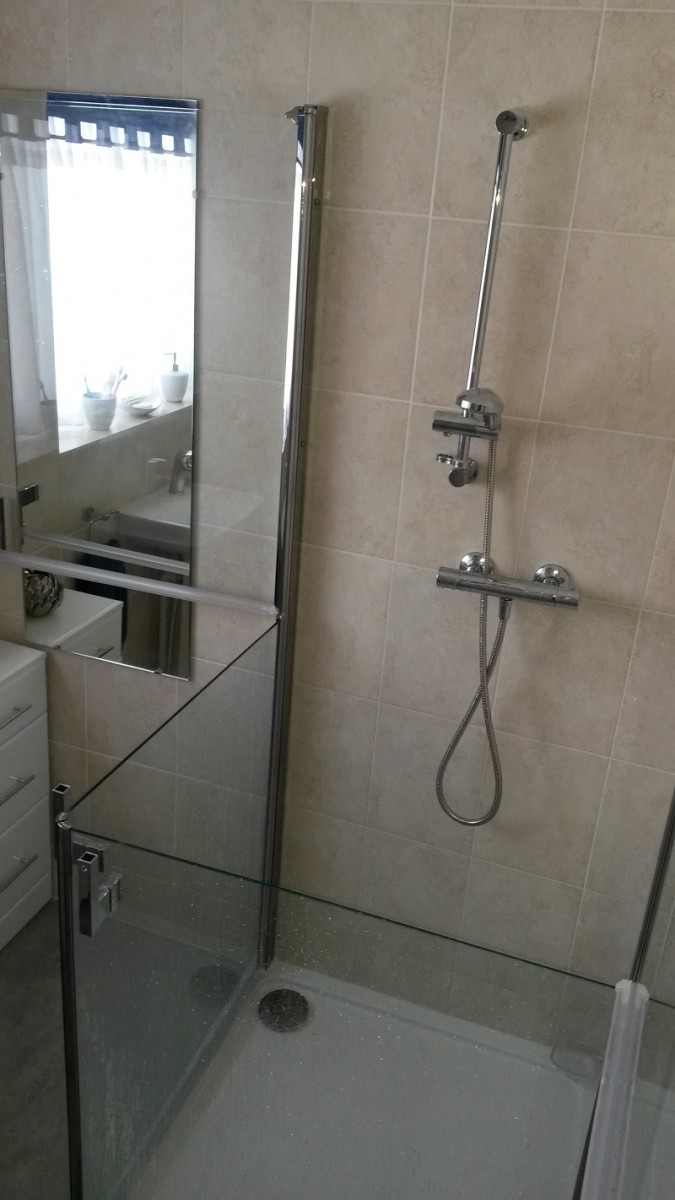 A very stylish friend of mine was round the other week and declared it 'a bathroom to die for' so I think that'll do us.

Thanks Stephen,
What can I say? I'm really impressed by your workmanship. That bathroom looks fantastic. 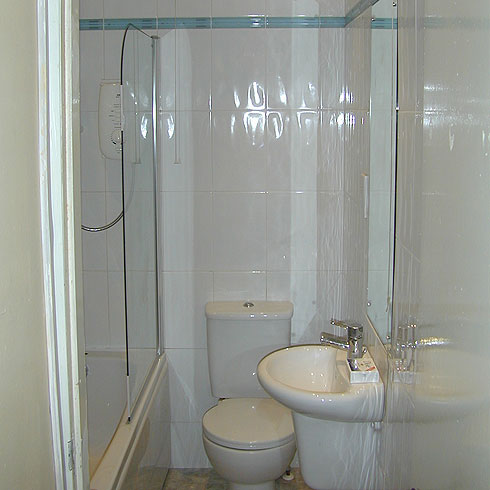 We now have a beautiful bathroom with Wow Factor and can't keep out of it!

Our old property has proved problematic to a lot of builders, but not this time. No problem too difficult to surmount... 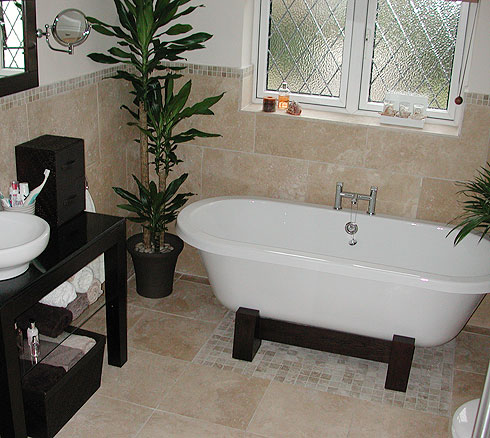 Steve proved a star at solving the problems of my 17th century Derbyshire cottage where the bathroom has its original sloping ceilings and crooked walls. He came up with an innovative plan, which ticked everything on my wish list, and he worked very hard and with meticulous attention to detail to produce a lovely bathroom. 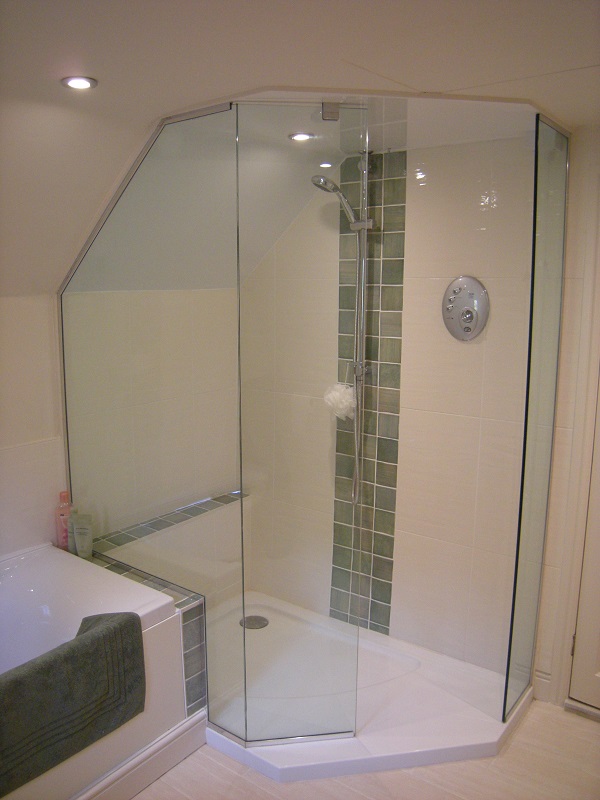 We found Steve via a Google search and asked him to quote for our conversion of a fourth bedroom into an en suite. We also asked some well-known Nottingham bathroom companies to quote too and not having any personal recommendations, we were cautious in our approach.

While all quotes were around a similar price, we awarded Steve the business for a range of reasons:

Although we wanted Steve to do the job, based on the above reasons, we were still hesitant at the point of awarding the contract because he was just one man and it was a big job with lots of different skills required: building, plumbing, tiling, joinery, plastering...

We asked Steve for some references and called some previous clients who all spoke of the quality of his workmanship and his exacting standards. And so we decided to go with Steve.

In hindsight, and now as one of the existing clients, we would wholeheartedly recommend Steve. He is punctual, reliable, hardworking, exacting, good company, and most of all, he did exactly what he promised and created a beautiful en suite for us to enjoy each and every day.

We already have plans for Steve to return to work on another bathroom and in fact, I would consider utilising his skills in as many different ways as I possibly could.

We can't recommend Steve highly enough and would be glad to speak to any prospective clients considering employing his services. 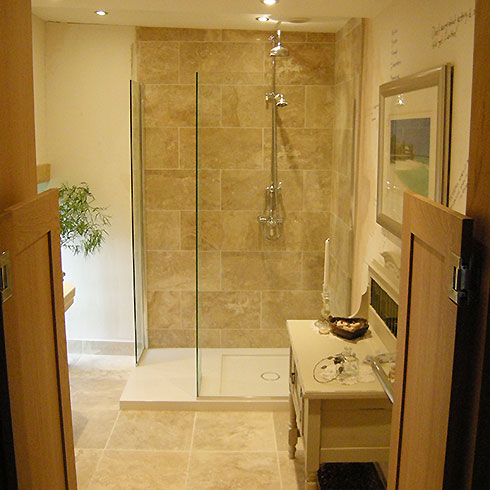 Just to let you know I have now enjoyed several showers in my new set-up. Thank you for your patience in finding the right tiles and putting it all together.

It is exactly what I had in mind and thought I could not have ! 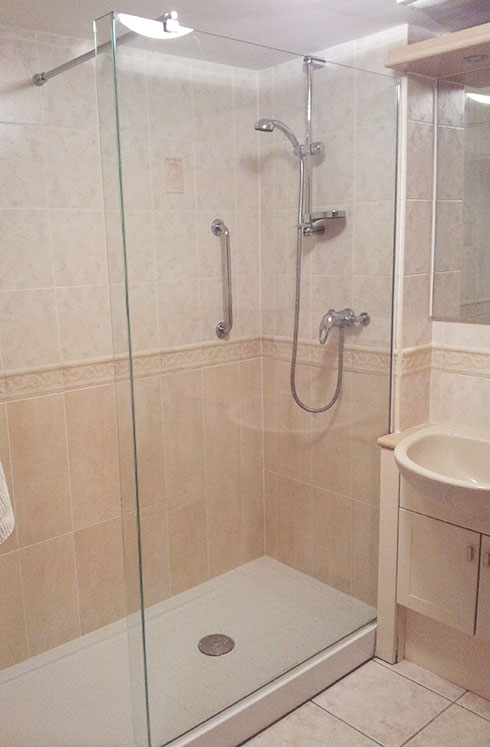